Mayfair, London, May 24th 2016. Drivers from minicab operator Addison Lee bring traffic to a standstill in Berkely Square, outside of the offices of owner Carlyle Group, in protest against new "unfair" pay rates as the company battles to compete with cut-price Uber, with some drivers claiming they are earning as little as £4.99 per hour. PICTURED: GMB protesters join minicabs as they sound their horns outside Landsdowne House, where Carlyle Group is headquartered 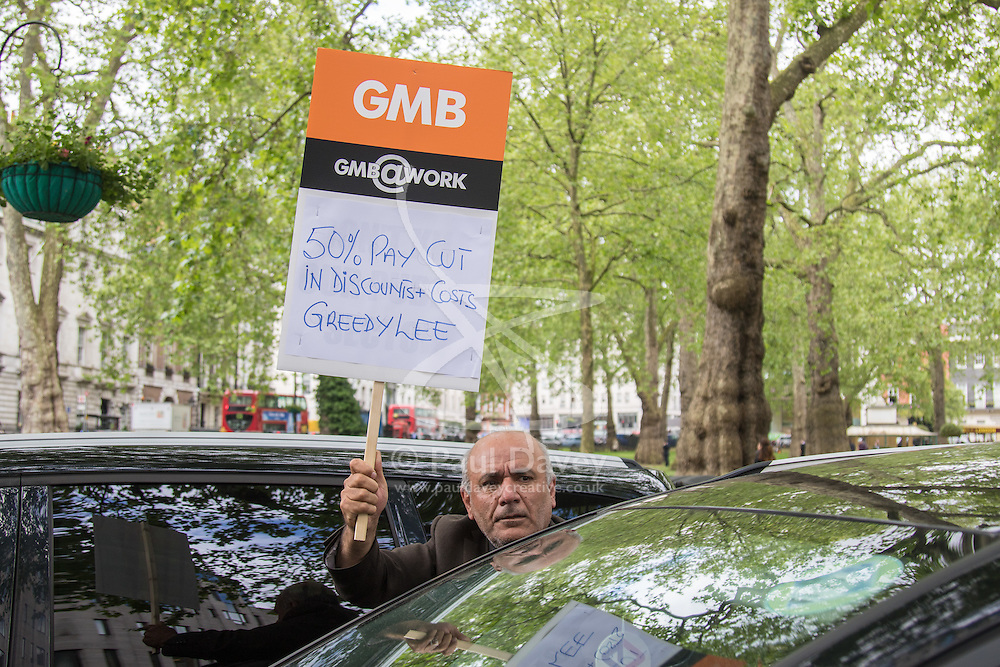