London, April 16th 2017. Hundreds of car enthusiasts gather with their souped up vehicles for the '2017 Tunnel Run', an where they take to the streets of London for a high speed 'cruise' through several of its tunnels and over bridges, cruising past famous landmarks. With complaints from some members of the public over noise and road safety grounds, police keep an eye on the drivers with the threat of siezing cars from unruly drivers. The event begins with a static meet-up at Canada Water before the cars set off on their cruise through the streets of the capital. PICTURED: Car enthusiasts encourage drivers to perform burnouts as they make their way through the car park. 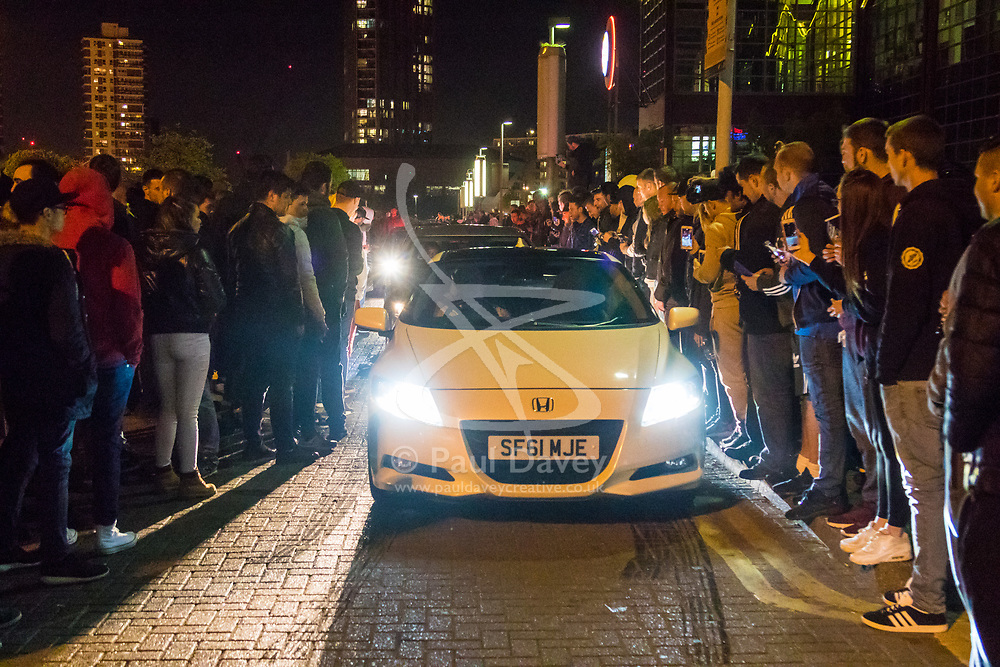