Parliament Square, London, October 22nd 2014. Protesters from "Occupy Democracy" continue their demonstration against what they say is the hijacking of Britain's democracy by capitalism, where big business is allowed to trample people's rights. Having earlier been removed from Parliament square on grounds that they had damaged the threadbare lawn, they continue to demonstrate outside the closed off space. PICTURED: An activist's placard portrays Westminster "Sex Pestminster" and argues that people matter more than corporations. 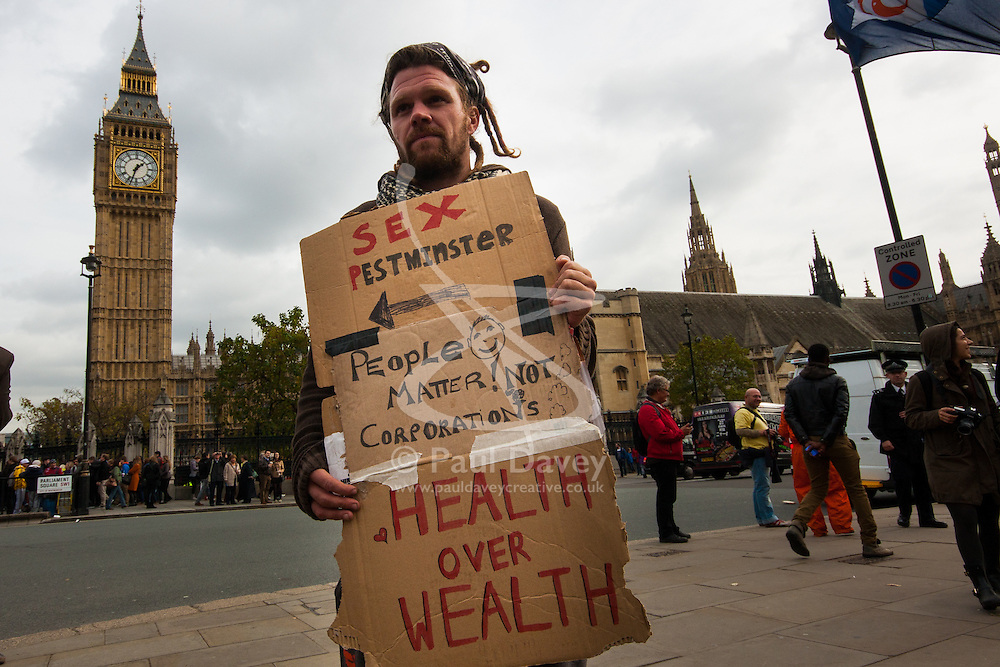