Parliament Square, Westminster, London, June 27th 2016. Thousands of Labour's Momentum members and their supporters gather in Parliament Square in a display of support for embattled Labour Leader Jeremy Corbyn as he suffers numerous calls for his resignation by party members, saying he has does not have the authority to lead the divided party, following his less than emphatic support for Remain in the EU referendum. PICTURED: Surrounded by supporters and members of the press Jeremy Corbyn makes his way from the Commons to address the rally. 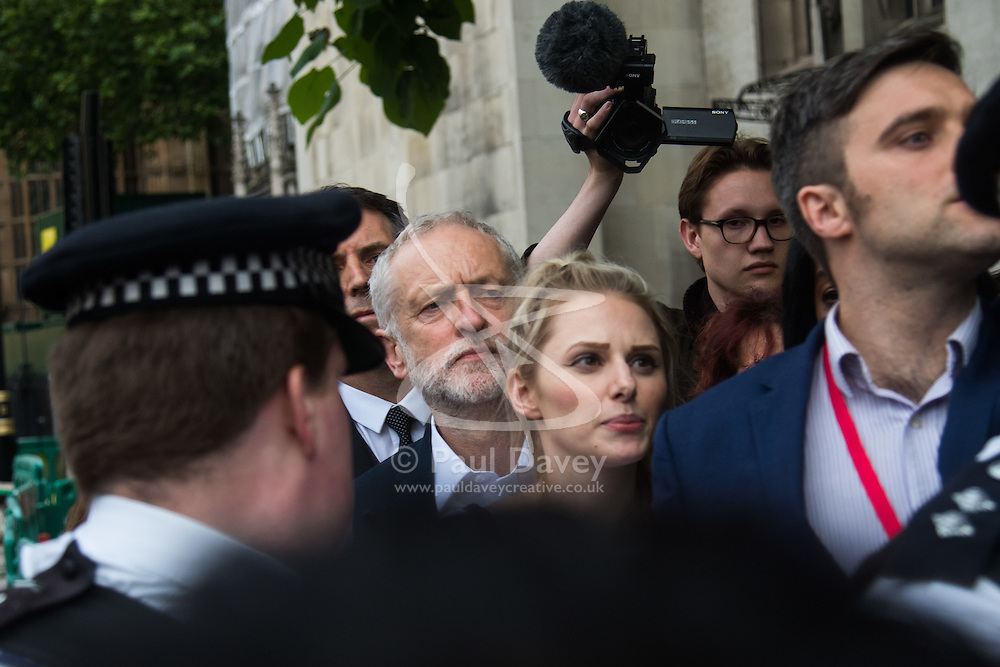