Fight for Peace uses boxing and martial arts combined with education and personal development to realise the potential of young people in the borough at risk of crime and violence. First established in Rio in 2000 by Luke Dowdney MBE, it was replicated in Newham in 2007. It is now expanding globally and began rolling out across the UK.
Pictured: Mayor Boris Johnson speaks with members of Fight for Peace before stepping into the ring. 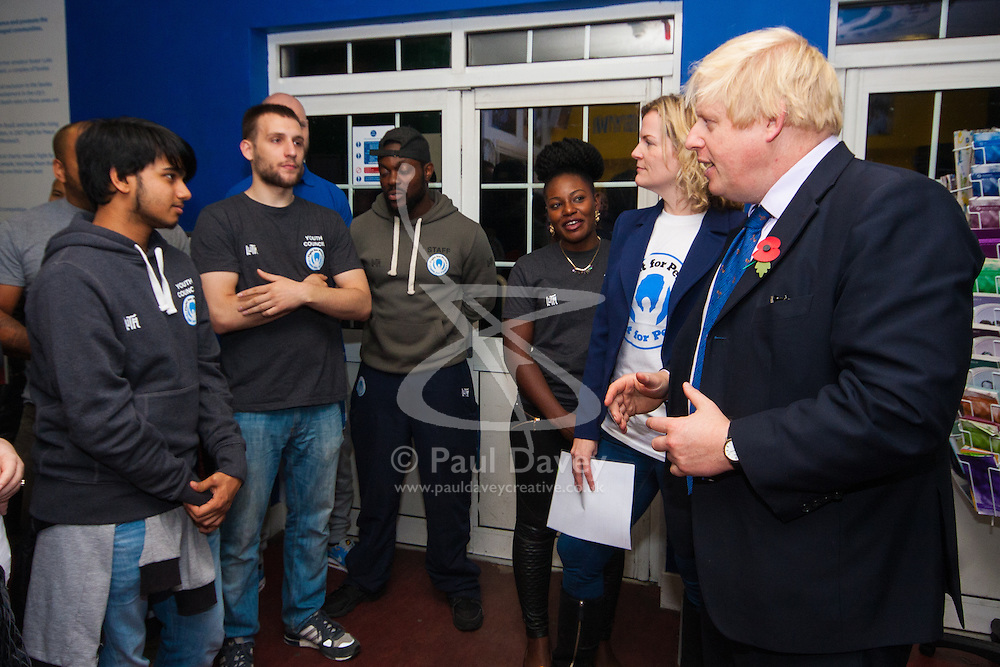