Tottenham, London, August 4th 2015. Family, friends and supporters of alleged gangster Mark Duggan, who was shot and killed by police on 4th August 2011 in Tottenham, commemorate his death which led to widespread uprisings and riots, by marching from Broadwater Farm estate to Tottenham police station. His family is demanding a public inquiry into the role of Operation Trident, set up to fight gun and knife crime amongst the black community, whose officers they accuse of putting guns out on the streets of London. PICTURED: The Green Party's Jenny Jones was one of few politicians who attended the march. // Contact: paul@pauldaveycreative.co.uk Mobile 07966 016 296 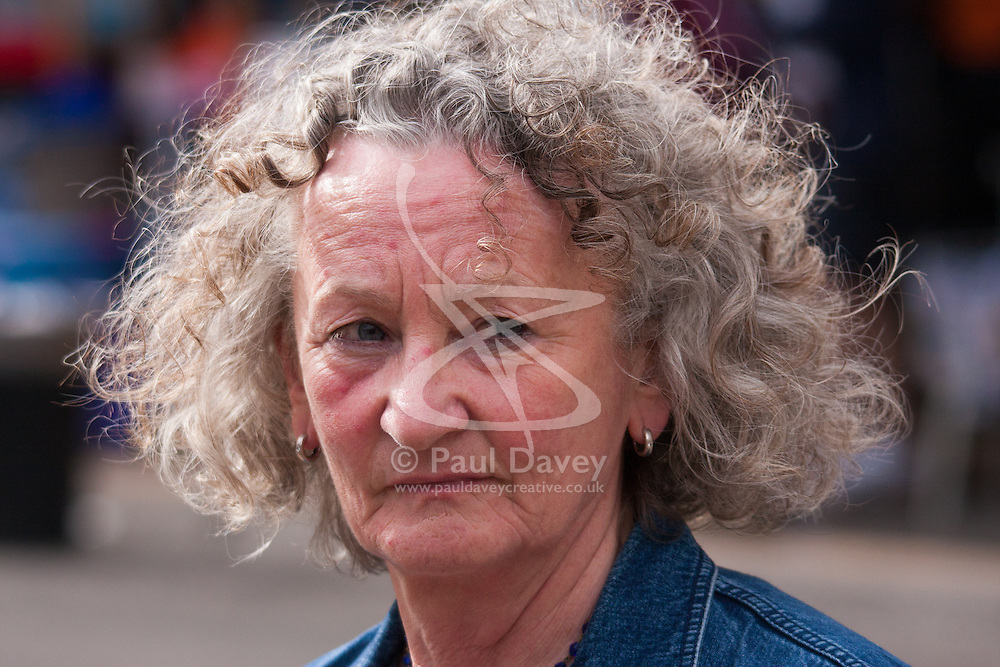