London, November 26th 2014. A vigil for teenager Mike Brown who was shot dead by a policeman in Ferguson, Missouri this year, takes place outside the US embassy in London. Anti-racism and human rights campaigners called the ‘emergency’ protest following a court verdict that clears Police Officer Darren Wilson of murder. PICTURED: A protester's hands are raised against a background of smoke from smokebombs as ant-police-racism marchers make their rowdy way through Mayfair. 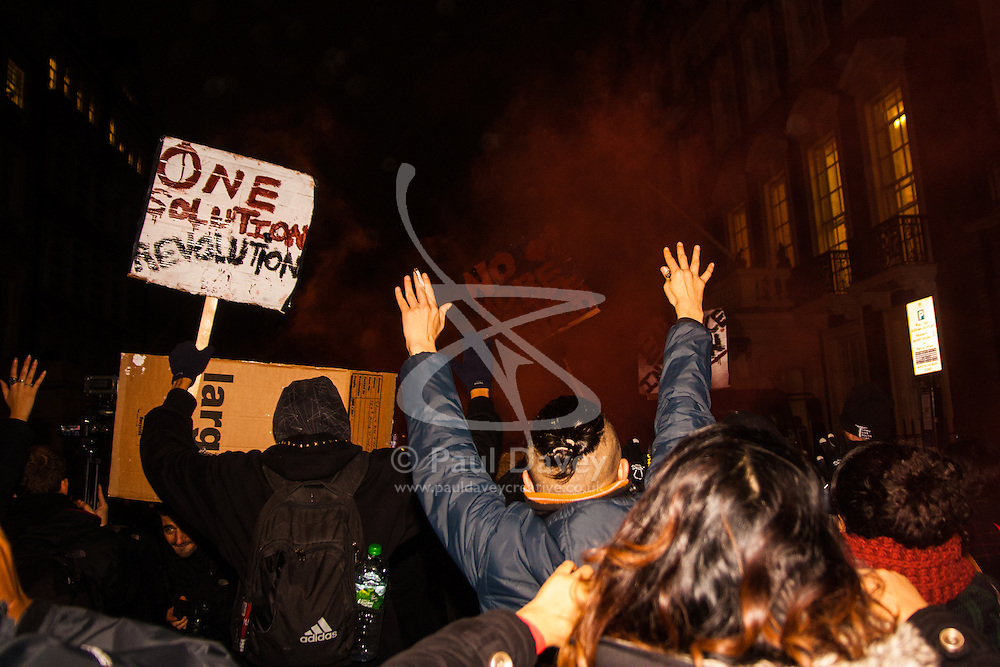