Downing Street, London, November 15th 2014. Dozens of Palestinians and their supporters faced a small group of Israeli counter protesters as they demonstrated outside the gates of Downing Street against Israel. Police had to intervene as several from both sides took exception to what was being said, with the half-dozen-strong Israeli group eventually moving off. Pictured: Naturei Karta Jews, a common fixture at pro-Palestine demonstrations, display their anti-Zionist messages. 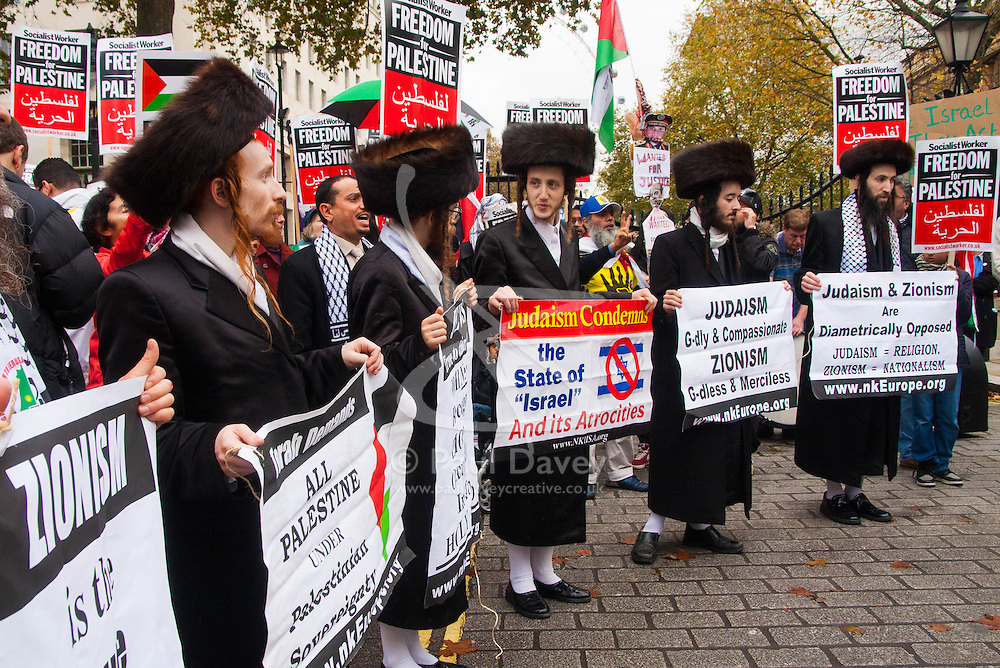