Downing Street, London, January 24th 2017. Secretary of State for Exiting the European Union David Davis leaves his Downing Street office for Parliament where he is to deliver an address following the Supreme Court's ruling that Article 50 - Brexit - cannot be triggered without an Act of Parliament. Police prevented his exit from Downing Street by car as they were awaiting the Prime Minister's departure, forcing him to walk to the Commons. 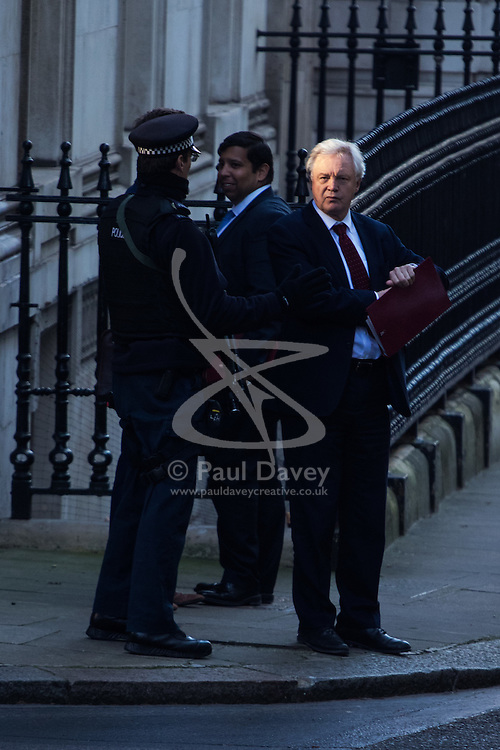