Whitehall, London, January 30th 2017. Tens of thousands protest outside the gates of Downing Street against an invitation by HM the Queen to US President Donald Trump for a State Visit, a date for which has still to be set. The protests come following Trump's executive Order for the temporary ban on Muslims and refugees from seven countries from entering the United States. A petition against the visit started following the ban has gathered well over a million signatures. 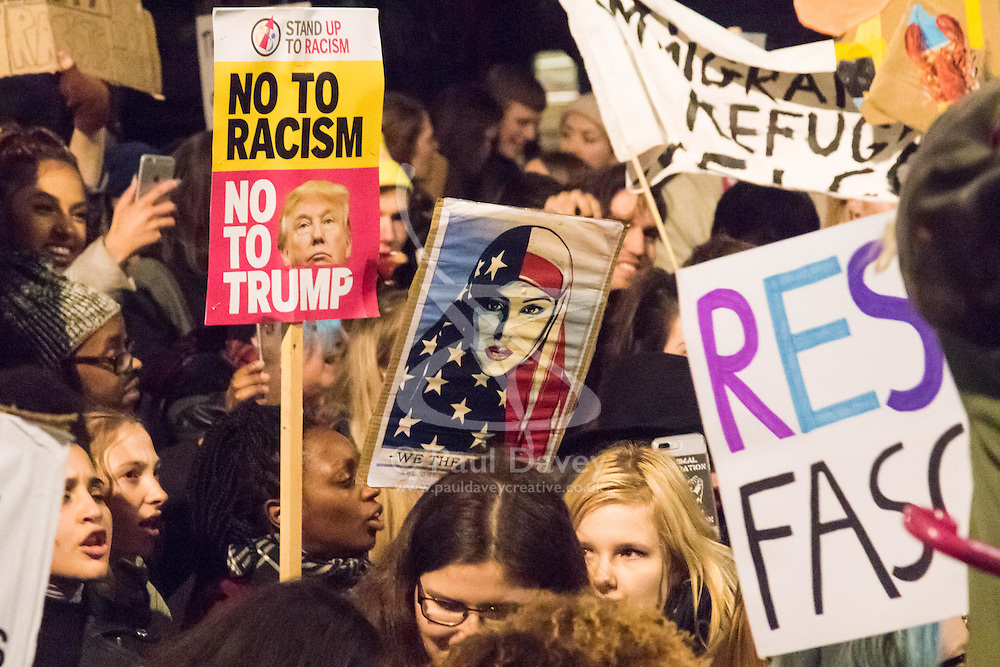