Mayfair, London, November 28th 2014. A protest against Egypt's leader Al-Sisi descended into moinor scuffles as right wing "patriots" from anti-Islamic group Britain First arrived to protest against the presence of Islamist preacher Anjem Choudary, who was recently arrestred as part of an ant-terror operation. Playing patriotic British Music, Britain First accused Muslims of worshiping a "devil" and a "paedophile prophet". Police had to intervene before hotheads on both sides became violent. PICTURED: Police block the path of an anti-Sisi protester as he tries to reach the door of the Egyptian embassy. 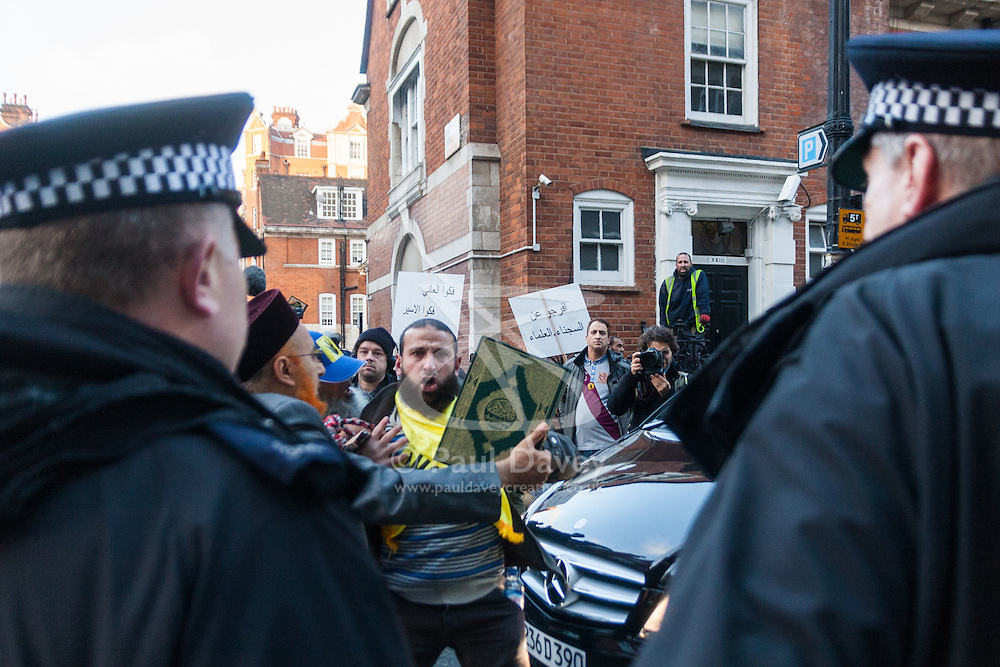