Downing Street, London, February 6th 2017. Israeli Prime Minister Benjamin Netanyahu arrives at 10 Downing Street for lunchtime talks with British Prime Minister Theresa May, with some confusion arising when Mrs May was not immediately on hand to welcome him. Minutes later the two PMs emerged for the traditional handshake photographs at the door of No 10. PICTURED: Netanyahu makes his way to the door of Number 10, expecting Theresa May to emerge for the traditional handshake photograph. 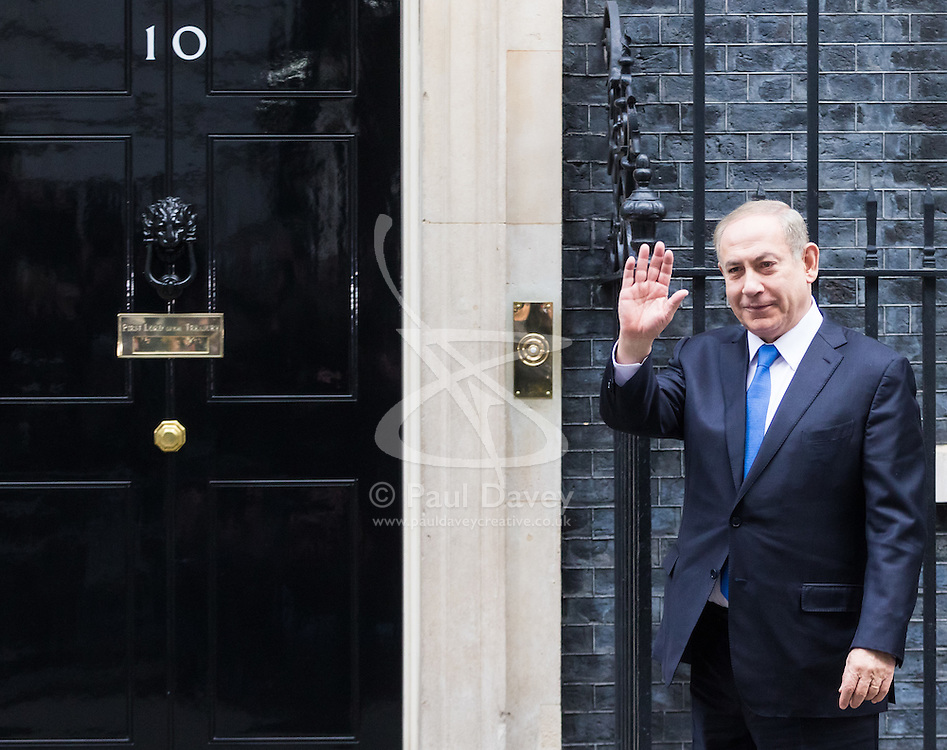