Westminster, February 7th 2017. Striking cabin crew from British Airways protest against poor pay that has forced some members of staff to sleep in their cars as they are unable to meet their living expenses. 2,900 members of the Unite union mixed fleet division, mainly younger and lower-paid BA recruits, have been striking for three days from Sunday 5 February, and will do so again from Thursday 9 February, after previous strikes did nothing to resolve the dispute. PICTURED: Shadow Chancellor John McDonald joins striking BA cabin Crew outside Parliament. 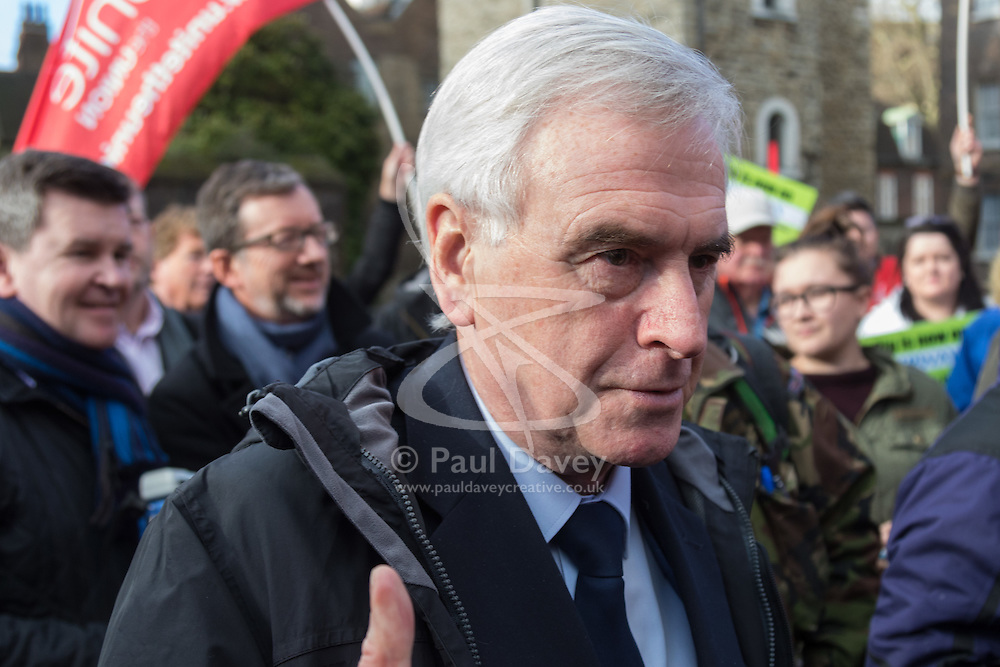