London, September 21st 2015. Protests by Shugden Buddhists who allege that the Dalai Lama discriminates against their sect, protest outside the Lyceum Theatre in London as the Dalai Lama attends "An Afternoon With The Dalai Lama And Friends" event as part of his UK visit. Loyalists staged a counter protest welcoming the Buddhist leader to London. PICTURED: A Dalai Lama Loyalist makes an obscene gesture as she passed protesting Shugden Buddhists. 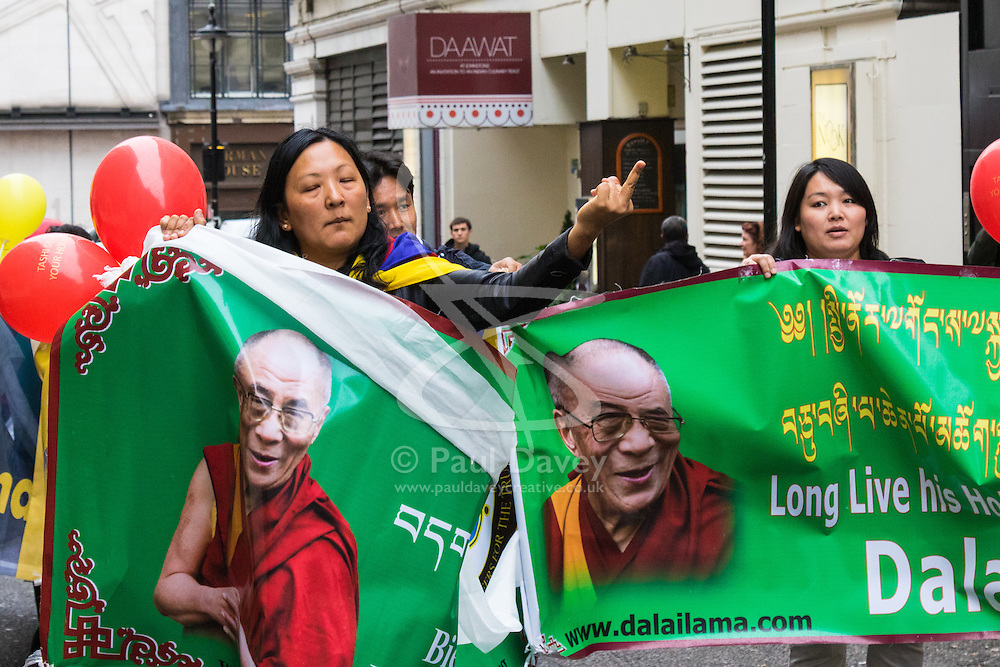