Regent Street, London, December 12th 2015. As British jets continue to strike strategic Islamic State/Daesh targets in Syria, thousands of anti-war protesters march in a Stop The War Coalition national demonstration calling for an immediate end to the bombing, and claiming that it will not deliver peace but will heighten the conflict in the Middle East and lead to further radicalisation of some Muslims both in the UK and abroad. ///FOR LICENCING CONTACT: paul@pauldaveycreative.co.uk TEL:+44 (0) 7966 016 296 or +44 (0) 20 8969 6875. ©2015 Paul R Davey. All rights reserved. 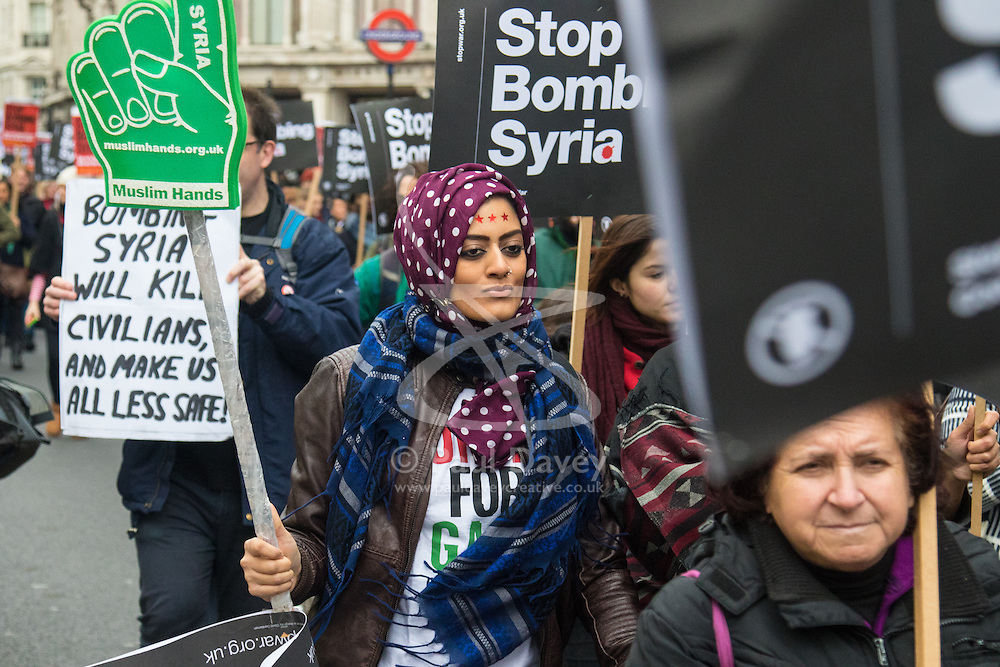