Finnsbury Park, London, December 27th 2014. All trains in and out of King’s Cross, one of the busiest stations in London, have been cancelled thanks to engineering work on the East Coast mainline overrunning. A limited sevice is running from Finnsbury Park station which has become heavily congested, with British Transport Police called in to assist with crowd control. PICTURED: Hundreds of travellers wait outside the entrance to Finnsbury Park station as station staff try to control the gongestion within. 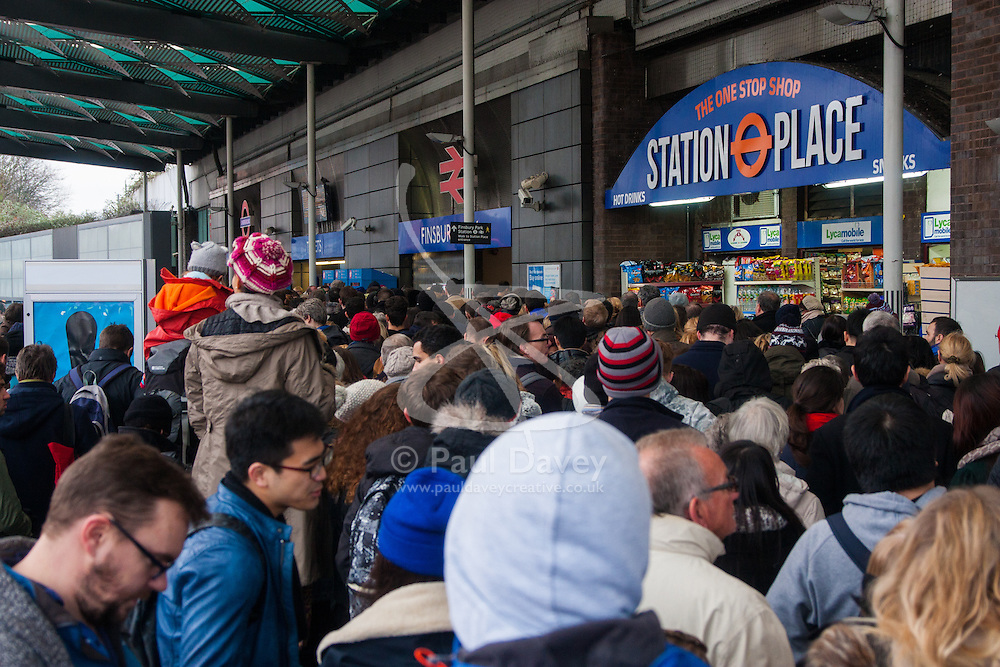