Parliament Square, London, October 25th 2014. Activists from Occupy Democracy continue their small protest against "capitalism's usurping of democracy", outside Parliament. They demand that the government puts "people before profit" and that the proposed TTIP protocol between Europe and the US is dropped, and that attempts to further privatise the NHS and other public services are stopped. Heritage Wardens from the GLC continue with the support of dozens of police officers to keep the protesters on the periphery of parliament square, occasionally taking banners and posters from the protesters. PICTURED: A Heritage Warden, charged with security for Parliament Square demands that an artist removes his paintings from Parliament Square. 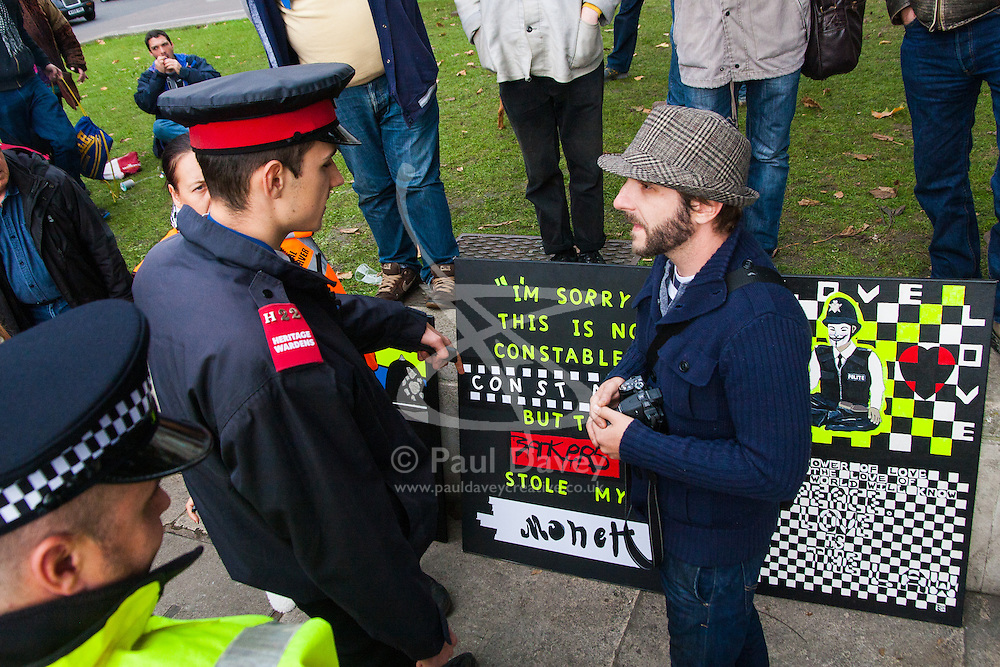