Kensington, London, November 9th 2014. Romanians in London demonstrate against the failure of their government to provide adequate voting facilities for those in the diaspora in last weeks' first round of their Presidential election. Thousands were unable to cast their votes before the 9pm deadline, with some polling stations closing a full two hours too early. Similar protests have taken place in France, Germany and Italy, Ireland, Spain and Austria. Some accuse the current Prime Minister Victor Ponta of using this to rig the election in his favour. 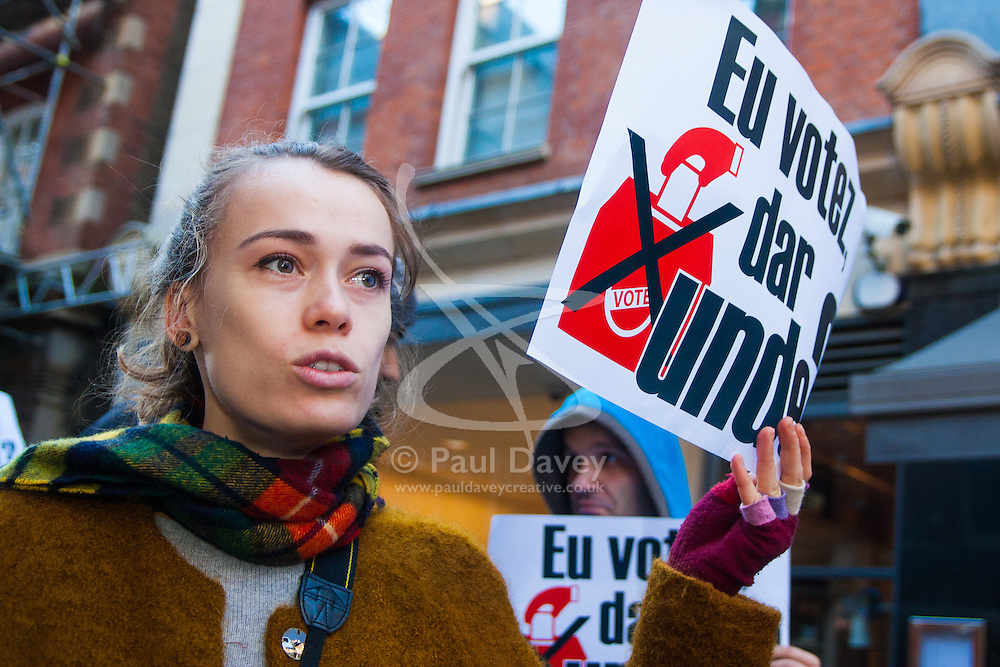