London, September 7th 2015. PICTURED: Young Joseph Demetriou, with a poster he made in support of his father's City Three Peaks Challenge, yells encouragement to his Dad Jimmy as he descends from the top of the Gerkhin, the building he manages. The Outward Bound Trust City Three Peaks Challenge in conjunction with The Royal Navy and Royal Marines Charity is a breathtaking abseiling endeavour on the greatest urban mountain range: The City of London. 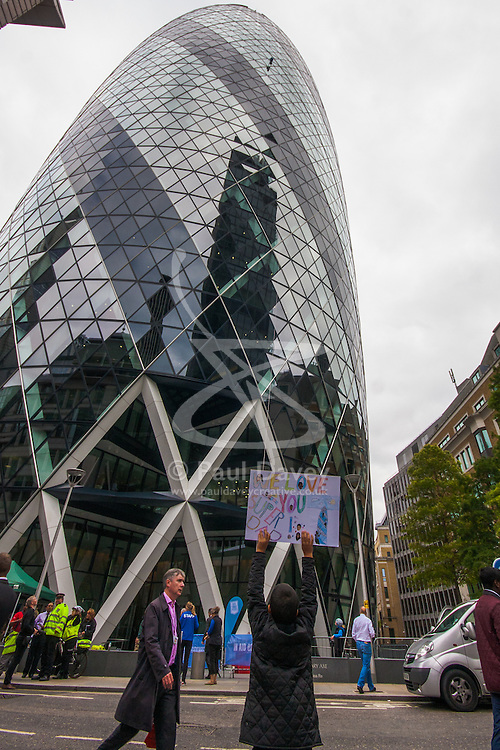