London, June 21st 2017. Protesters march through London from Sheherd's Bush Green in what the organisers call 'A Day Of Rage' in the wake of the Grenfell Tower fire disaster. The march is organised by the Movement for Justice By Any Means Necessary and coincides with the Queen's Speech at Parliament, the destination. PICTURED: A banner proclaims "SAY THEIR NAMES" as police refuse to release names of victims until confirmed that they were in the tower block. 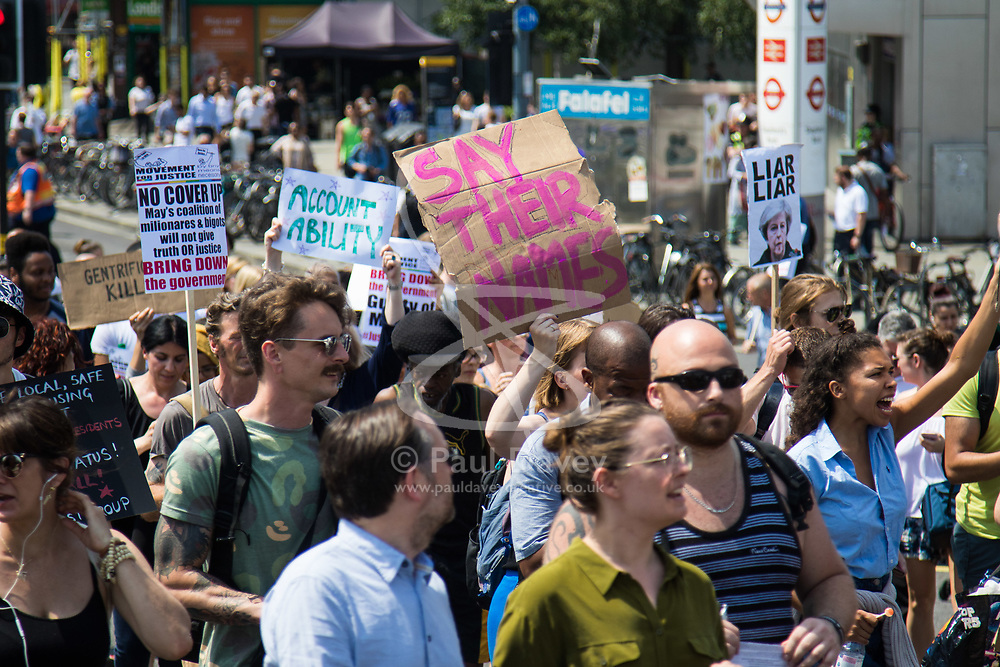