London, January 25th 2015. Every year on the last Sunday in January history enthusiatsts re-enact the King's Army parade along the route walked by King Charles I on the morning of 30th January 1649, from St James Palace to the Banqueting House in Whitehall, where he was executed. To avoid closing Whitehall to traffic, the parade now ends on Horse Guards Parade. PICTURED: The English Civil war society go to great lengths to ensure the authenticity of the clothing the King's Army wore. 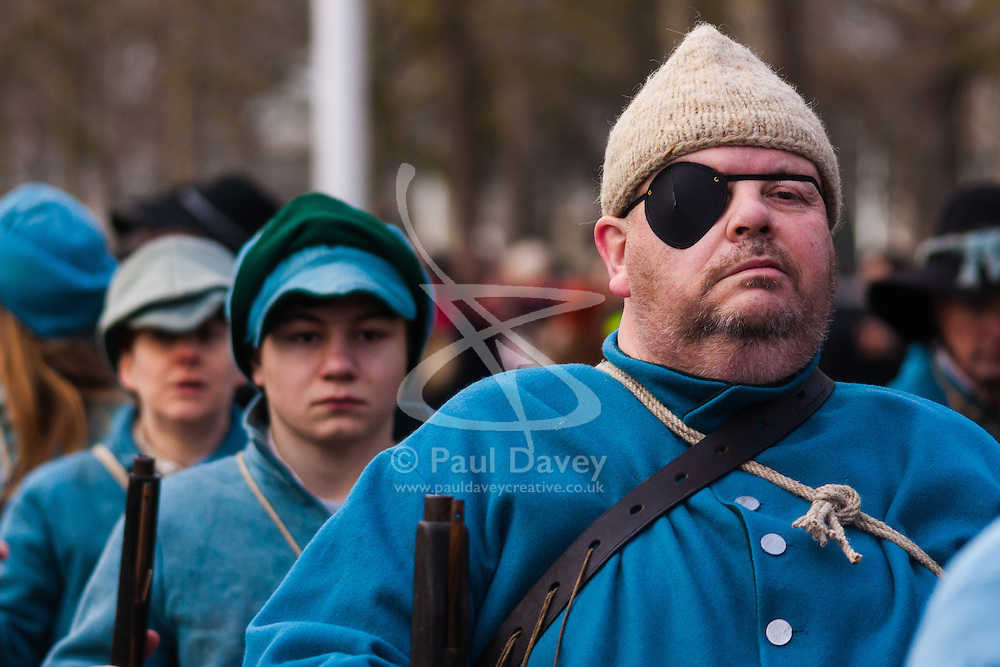