London, September 24th 2015. Gallery technicians move Andy Warhol's screenprint of Mick Jagger, part of a series of ten, the piece is expected to fetch up to £30,000 at auction. The artwork features in The Sotheby's Rock and Pop exhibition running 24th - 28th September ahead of an auction on the 29th. The exhibition gathers together lyrics, instruments, stage costumes and artworks from some of the world's greatest pop and rock performers and groups, including Abba, The Beatles, Bob Dylan, Pink Floyd and Bruce Springsteen. 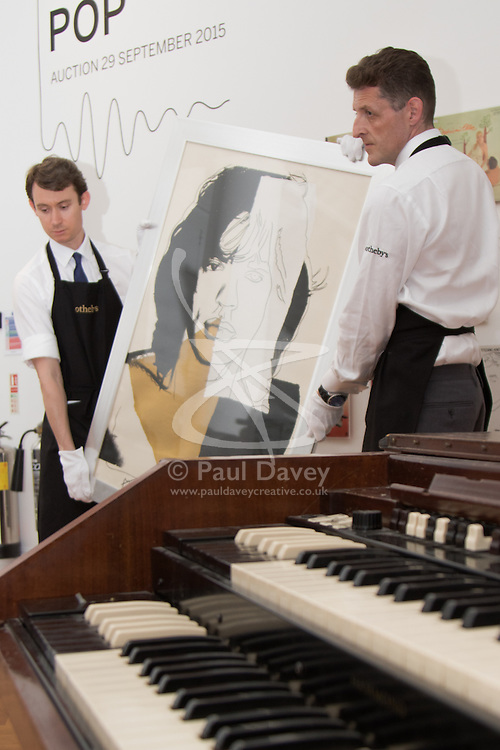