London, September 24th 2015. A member of Sotheby's staff displays Bob Dylan's never seen before draft of "It's A Hard |Rain's Gonna Fall", described by Rolling Stone magazine as the gretatest protest song by the greatest protest songwriter of his time. Expected to fetch up to £200,000 at auction, it features in in the Sotheby's Rock and Pop exhibition, running 24th - 28th September ahead of an auction on the 29th. The exhibition gathers together lyrics, instruments, stage costumes and artworks from some of the world's greatest pop and rock performers and groups, including Abba, The Beatles, Bob Dylan, Pink Floyd and Bruce Springsteen. 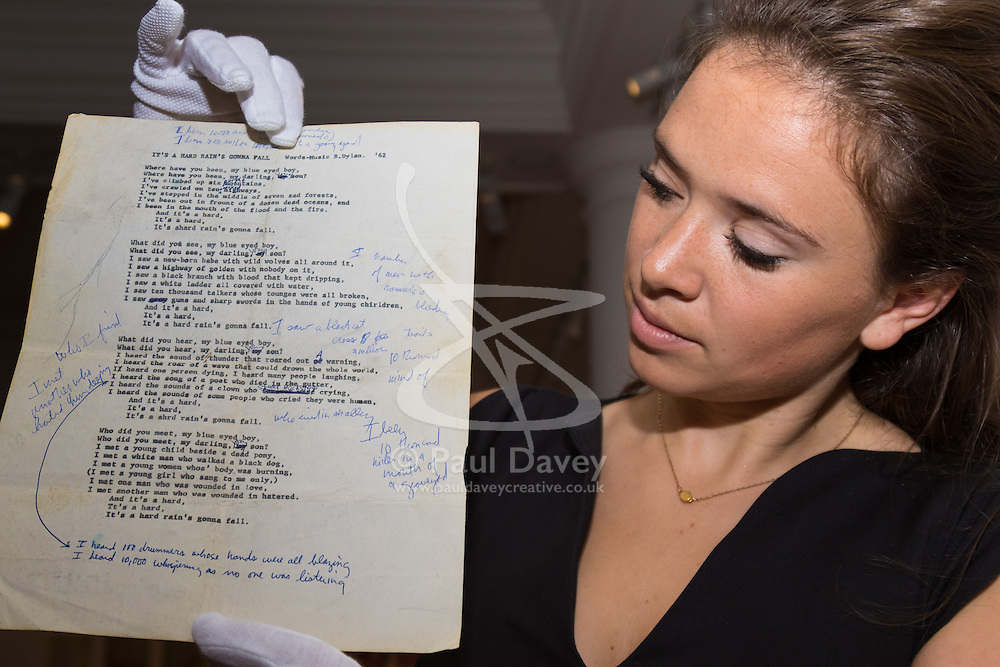