A facade on a row of shops on Brent Street in Hendon has collapsed, causing police to close off the road whilst they make the site safe. No injuries were reported. According to the manager of the Hendon Glazing, Lucian Filote, 30, "We were working in the shop as usual when we heard a loud bang. At first we thought it was a crash on the road but as we approached the shop entrance we saw the pile of rubble outside. Our first concern was that someone might have been hit by the falling bricks. We went and looked in the rubble but there was no one. We were concerned for our safety as there was a reinforcing bar with a lump of concrete hanging from it." . Hendon, London, June 18 2018. 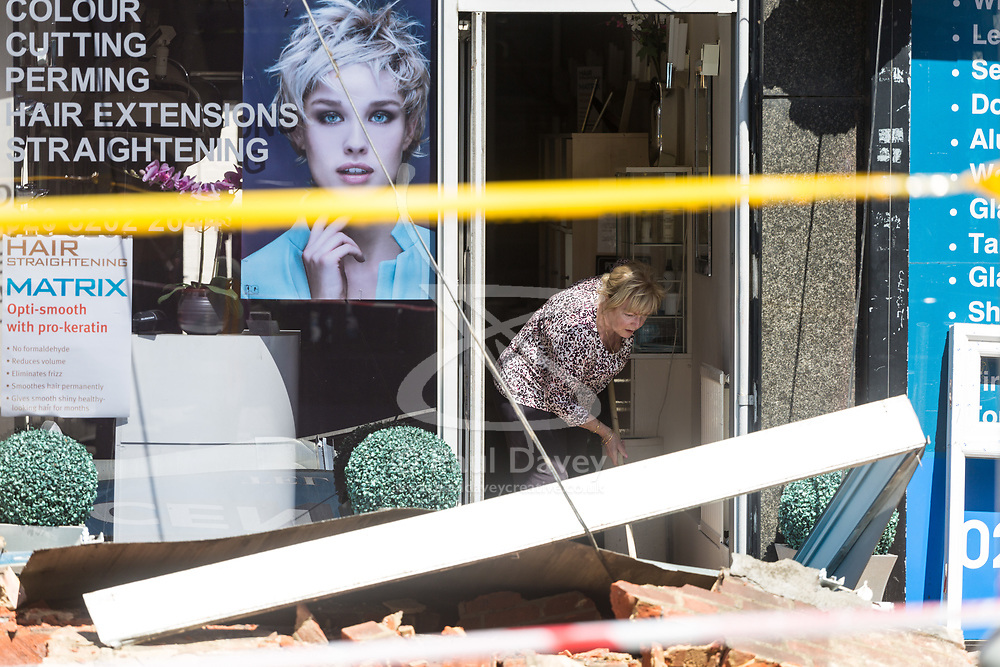