Smoke stains the brickwork of the 20-storey Roma Corte building in Elmira Street, Lewisham after a fire broke out in an apartment shortly after 4am on the anniversary of the Grenfel Tower fire disaster. More than 170 residents had to be evacuated from a high rise London tower block as 8 fire engines and 58 firefighters were scrambled to the scene. Only one apartment was damaged in the blaze which was quickly brought under control. London, June 14 2018. 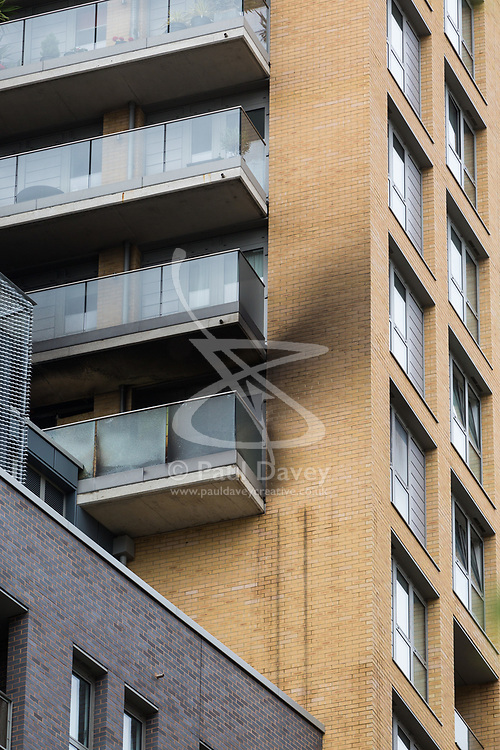