A huge fire has broken out at a luxury hotel in central London. See NATIONAL story NNFIRE. Plumes of smoke could be seen rising from the five-star Mandarin Oriental in Knightsbridge after firefighters were called just before 16:00. London Fire Brigade, which has dispatched about 100 firefighters and 15 engines, said it received more than 35 calls about the incident. A spokesperson said the cause of the fire, in William Street, was not yet known. Knightsbridge has been closed between Sloane Street and Grosvenor Place. There are no reports of any injuries, the fire service said. . London, June 06 2018. 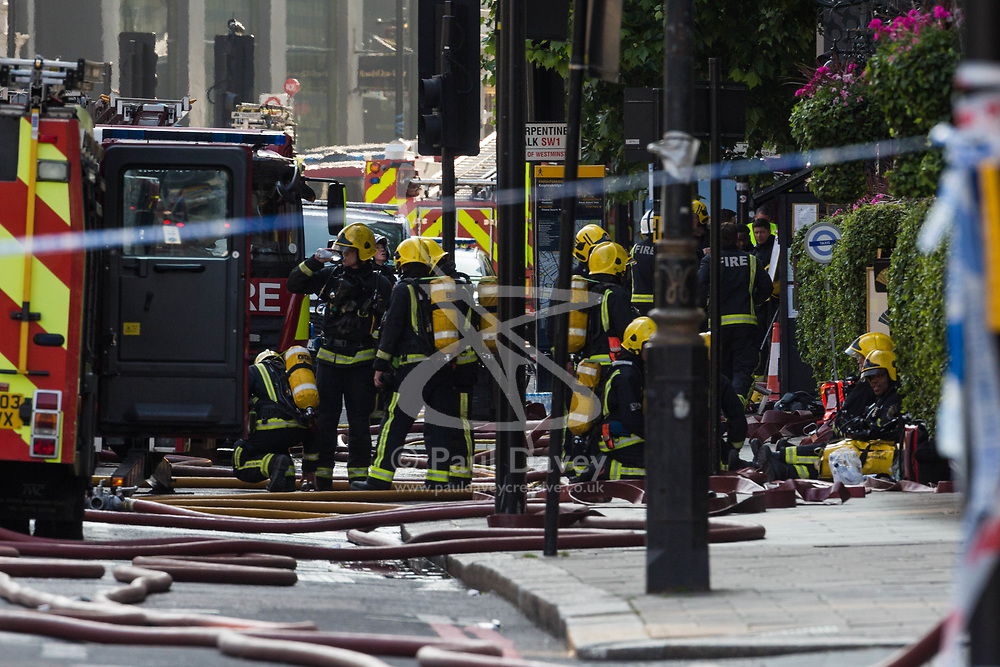