Caroline Criado-Perez, left whose campaign and petition led to the erection of the statue stands with Prime Minister Theresa May and Mayor of London Sadiq Khan. A statue designed by Turner Prize-winning artist Gillian Wearing OBE of suffragist leader Millicent Fawcett is unveiled in Parliament Square by XXXX. The sculpture is the first-ever monument to a woman and the first designed by a woman to stand within the square and follows the successful campaign by feminist campaigner Caroline Criado-Perez who organised an 85,000 signature petition. London, April 24 2018. 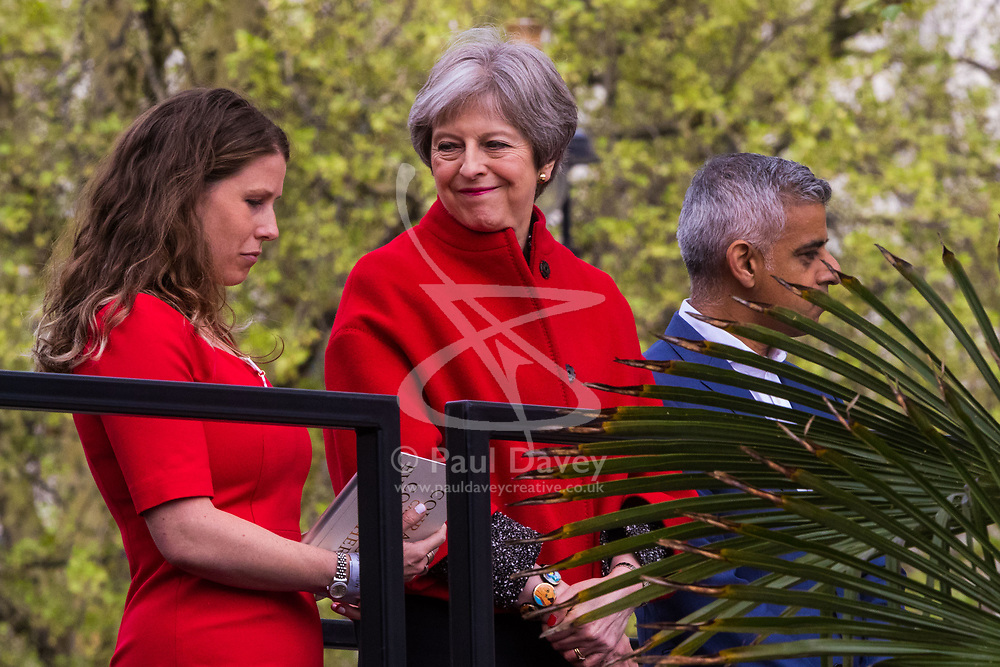