London, October 11 2017. Family members, friends and supporters from Amnesty International attend a protest and vigil in Parliament Square for Nazanin Zaghari-Ratcliffe and Kamal Foroughi, both dual British and Iranian citizens imprisoned in Iran. Zaghari-Ratcliffe was detained in Tehran last year along with her baby daughter Gabriella following a holiday and has been imprisoned on sedition charges. She was told over the weekend that additional charges are being brought against her, carrying an additional 16 years of imprisonment. Foroughi should have been released from prison in January 2014 after serving a third of his sentence. PICTURED: A supporter wipes away a tear as she reads out a personal statement of friendship, with Richard, husband of Nazanin Zaghari-Ratcliffe. © Paul Davey 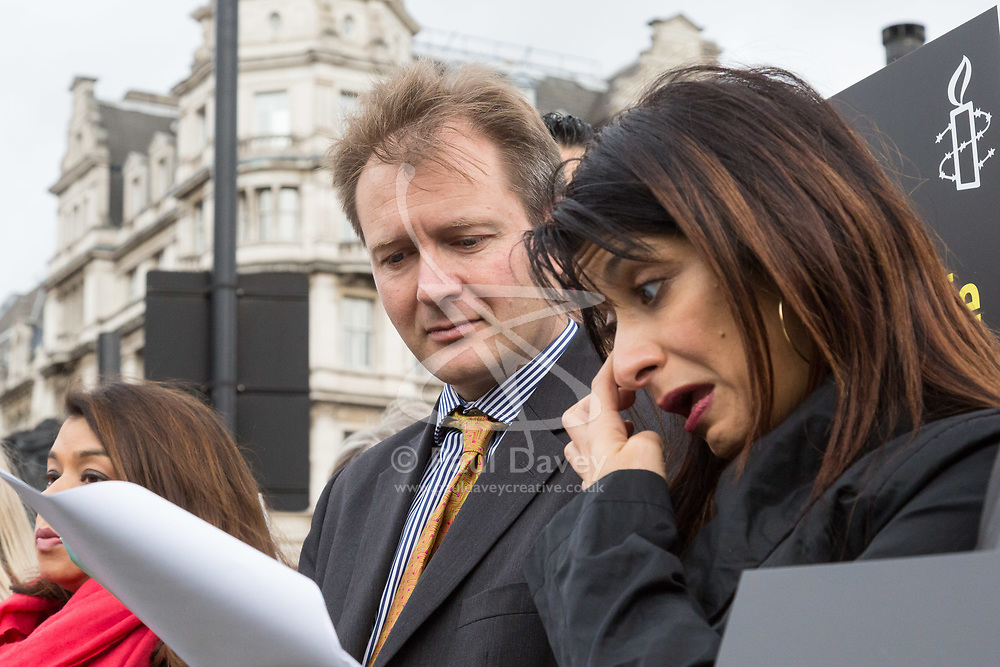